Just an hour and 15 minutes from Ravenhill House, the North Coast is an area of outstanding natural beauty.

Carrick-a-Rede one of Northern Ireland's most loved attractions in Northern Ireland, cared for by the National Trust, a registered conservation charity founded to protect beautiful and special places for ever, for everyone. 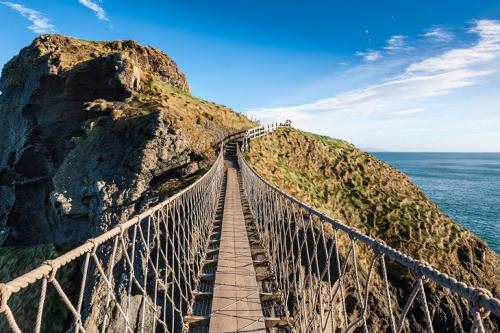 Flanked by the wild North Atlantic Ocean and a landscape of dramatic cliffs, the Giant's Causeway, Northern Ireland's first UNESCO Heritage Site is a geological wonder and home to a wealth of history and legend. The 40,000 basalt stone columns left by volcanic eruptions 60 million years ago, has captured the imagination of all who see it. 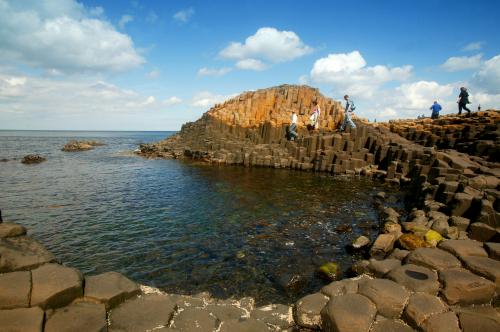 This beautiful avenue of beech trees was planted by the Stuart family in the eighteenth century. Two centuries later, the trees remain a magnificent sight and have become one of the most photographed natural phenomena in Northern Ireland. In fact, the iconic trees have been used as a filming location in HBO's epic series Game of Thrones, representing the Kingsroad. 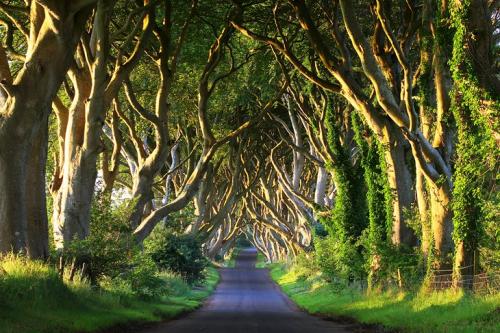 The iconic ruin of Dunluce Castle bears witness to a long and tumultuous history. First built on the dramatic coastal cliffs of north County Antrim by the MacQuillan family around 1500. It was seized by the ambitious MacDonnell clan in the 1550's during an era of violence, intrigue and rebellion. 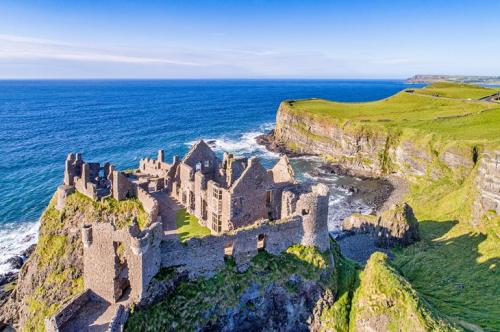 The Gobbins was opened in 1902, and immediately captivated visitors. It is said to be the "most dramatic cliff walk in Europe." Local guides, proud of this spectacular place, join you as you lace up your walking boots and put on a hard hat for a 2.5hour walking tour. 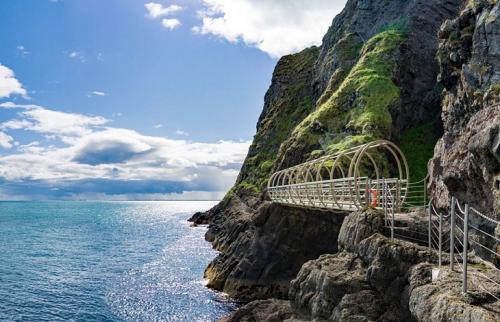 Just a 45 minute drive from Ravenhill House, The Mourne Mountains are the highest and most dramatic peaks in Northern Ireland. Beautiful and spectacular scenery can be enjoyed from the foothills along short and gentle trails with lots of stunning forest parks, coastal views and impressive gardens. Roger, your host can provide tailored suggestions of walks and hikes in the Mournes. 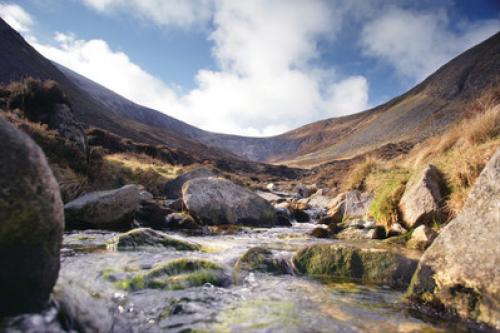 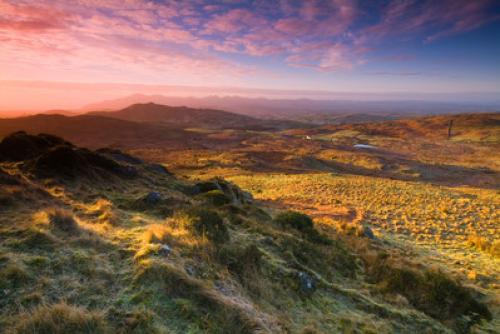